Andrew Omobamidele | The Man of the Moment 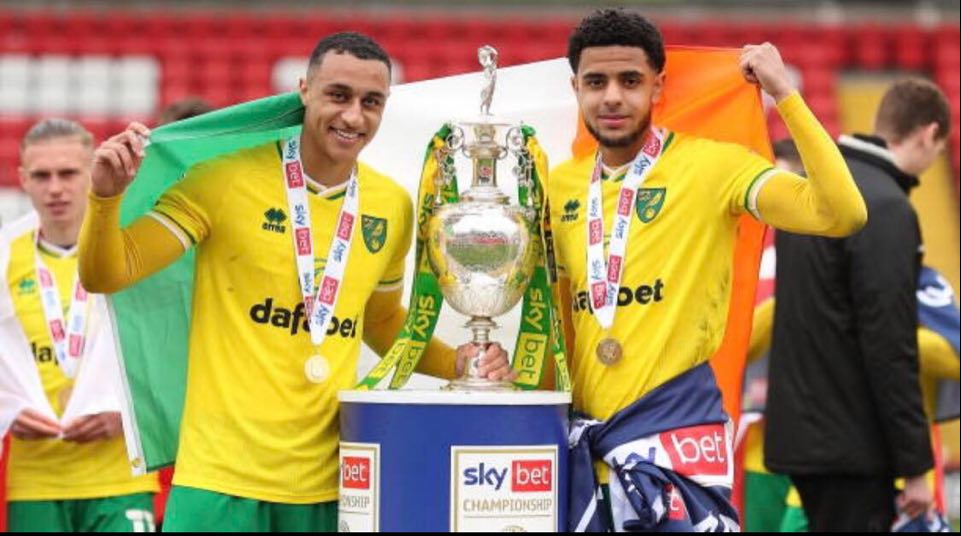 The next Rio Ferdinand.

That would be the sensible title to use to grab the Irish fans’ attention and gather a few extra clicks but although Andrew Omobamidele appreciates the comparisons with the ex-Manchester United defender, he knows he still has a lot of work to do to live up to said comparison. The young defender may have come across a recent ‘Off The Ball’ interview with former Dundalk boss Vinnie Perth whilst scrolling through his Twitter feed.

“He’s been outstanding. He is a really really exciting footballer. We want to play out from the back and he’s so comfortable on the ball. I hate giving people tags but he looks like a young Rio Ferdinand, he’s that good.”

High praise from Perth who caught a couple of Omobamidele’s first appearances in a Norwich City shirt this season. Watching Norwich’s run-in as they cruised their way to the top of the Championship, you would think that their starting eleven had been left untouched throughout the whole campaign.

Yet it wasn’t until the new year when Omobamidele made his first senior appearance for the Canaries, coming on for the last kick of the game against Cardiff City. After a hatful of appearances on the bench that preceded the Cardiff game, the 18-year-old thought his time had come when he was stripped and ready to come on against Reading back in December but the game was too tight as Norwich tried to hold onto their lead. “All I wanted to do was just step over the white line.”

The long-awaited first start in the English second tier came in a 1-1 draw with Preston North End at the beginning of April. Omobamidele didn’t look out of place either, starting alongside club captain Grant Hanley and putting in a confident and assured performance which was exemplified by a terrific block to keep his team in the game.

A couple of injuries in defence meant there was a Omobamidele-shaped hole left vacant in the backline ahead of the clash with Preston and despite the low-key confidence in his own ability, the news still came as a shock to the youngster. “When I walked into the meeting room and seen my name it was like getting hit by a wave. It just hits you then. I wouldn’t say it was bad nerves because I wasn’t expecting it but I prepared myself for it. On Monday (before the game) I prepared myself for it. I was telling myself I’m gonna start this weekend.”

From the Preston game onwards, nobody was going to take that starting spot from Omobamidele. He started in all eight of Norwich’s final games — and completed 90 minutes in all but one of the fixtures — as the Championship side wrapped up the league title with one game to spare. A truly fine end to his first campaign in senior football but how did he compare to Ireland’s other centre-back options this season?

Before we take a look a some specific performance-related parameters, it’s important to caveat this next section by acknowledging Omobamidele’s lower number of appearances and a difference in playing level (i.e. Premier League and Championship) when compared to some of his Irish compatriots. However, the following statistics provide a insight into what Ireland fans can expect from the young centre-back.

Defensively, Omobamidele stands above the rest in terms of perecentage of tackles won when his numbers are placed alongside Ireland’s Premier League and Championship centre-backs. During the course of his nine appearances at the end of season, the Norwich City defender won all of his attempted tackles (100%) with the next highest being Burnley’s Kevin Long with 85%.

Another important trait that every defenders needs to have in their armoury is the ability to win duels with opposition players, whether it is on the ground or in the air. Omobamidele again tops the charts, scoring an overall percentage of 73%, ten above the second highest (Alex Pearce with 63%) (see graph above). It is certainly evident from the clip above from the Preston game that he is strong in the air. Of course these statistics are relative to the environment that each player is competing in and how well their respective clubs are doing. But take no credit away from Omobamidele who certainly left a stamp on the Championship as Norwich bowed out as champions.

What about going forward? It is well known now that Ireland boss Stephen Kenny is attempting to change the style of play of the national team, adapting a more possession-based system rather than the more direct approach taken by previous managers. Having access to players to implement this style is another matter, but one of the more important aspects of this particular system is the ability to start attacks from the back and for that you need a good ball-playing centre-half (or two would be even better). Dara O’Shea has shown glimpses of it in previous Ireland games as well as on a more regular basis for West Brom while John Egan also has it in his locker.

Omobamidele completed a total of 436 passes from the 487 (90%) that he attempted during his stint in the starting eleven. Once more he comes out on top, this time when pass completion rate is under the spotlight. John Egan and Ciaran Clark are next in line but remain adrift of Omobamidele at the top (see graph above).

As the season came to a close, you may think that Omobamidele had the Ireland manager Stephen Kenny in his thoughts each time he took the pitch with a potential senior call-up on the cards. However it was another Ireland name that he looked to impress when Norwich clinched the title away to Reading. “John O’Shea was with the Reading boys. An Irish legend, he won the Champions League. I worked with him with the 21’s in the last camp against Wales. That was in my head before the game. I want to impress him. He played centre-back, I play centre-back.”

A fitting way to end the season for the defender as he is reminded by IFFTV’s Paul Nealon that his season had gone full circle, from not getting on against Reading before Christmas to starting, and winning, against the same team months later in what would be the match that saw the Canaries over the promotion line.

On the final day, fellow teammate and Irishman Adam Idah marked his return from injury with a goal to finish the season on a high. Idah and Omobamidele are just two of many Irish prospects looking to make their mark on the international game. “It’s an exciting time for Irish football. When you look through all of the younger age groups coming through, you have big players.. Adam Idah, Nathan Collins, Dara O’Shea. It’s an exciting time.” The same level of enthusiasm surrounding Irish youth football was shared by Ireland U-17 international Caden McLoughlin when he spoke to IFFTV recently.

Omobamidele’s eyes were firmly set on the Ireland U-21 camp in Marbella in June, highlighted by his desire to impress U-21 coach John O’Shea, but maybe deep down he had one eye on Kenny’s senior squad announcement for the upcoming friendly fixtures against Andorra and Hungary. That same hunch he had the week before he seen his name on the Norwich City team sheet for the first time. “I wasn’t expecting it, but I prepared myself for it.”

Stephen Kenny announced his squad on Monday afternoon and there were four new names on the list but only one that Omobamidele would’ve been searching for. Not many things could better a Championship winning medal but Kenny did his best by handing the 18-year-old his first Ireland senior call-up.

A ‘slow process’ was how he referred to his career thus far at the beginning of the interview, but there has been nothing slow about his recent emergence in senior football. A first domestic senior start, a Championship winning medal and a first international call-up. That is what you call a successful couple of months for Ireland’s Andrew Omobamidele.

Catch the full interview with Paul Nealon and Andrew Omobamidele by clicking on any of the links below.