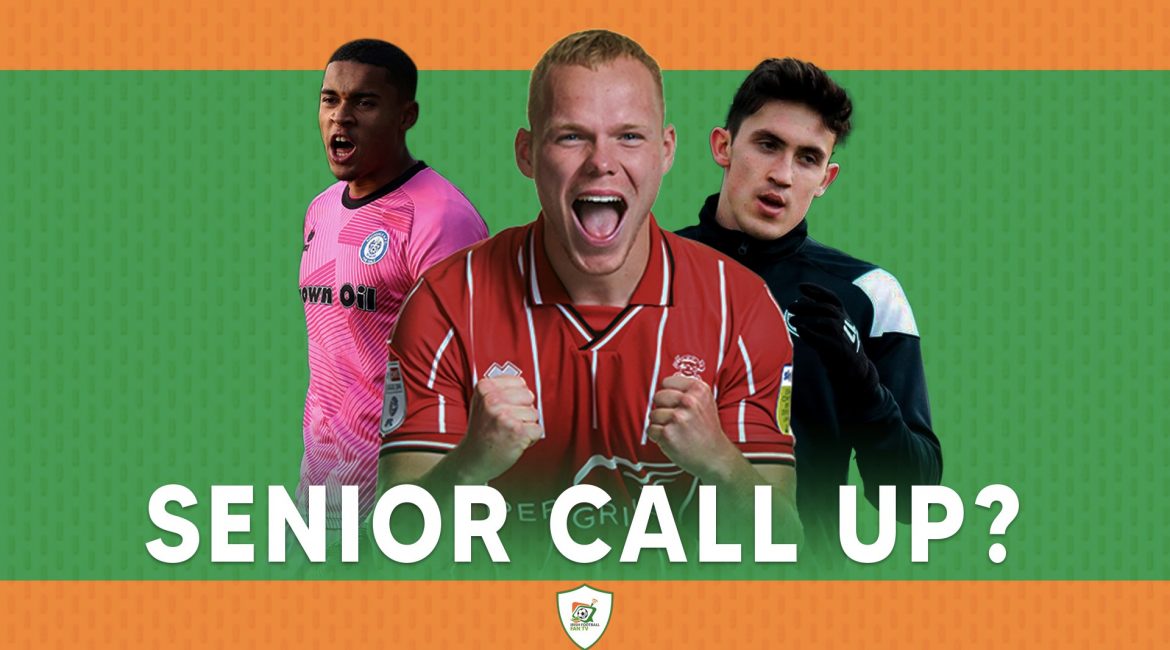 The Republic of Ireland return to action next month, kick-starting their 2022 World Cup qualifying campaign with an away trip to Serbia on March 24th.

It will be over four months since Ireland’s last competitive fixture which means manager Stephen Kenny will have had plenty of time to consider his options for his upcoming squad in March. It will be expected that the majority of the squad will consist of previously capped and experienced players, but will there be room for a few fresh faces?

Before we delve in, we should point out that Stoke City defender Nathan Collins was originally included in the shortlist before he unfortunately suffered a foot injury which looks set to rule him out for a potential call-up to the senior set-up.

The 19-year-old centre-half has had a significant breakthrough season in the Championship and has been a prominent and regular feature in Stoke’s backline under manager Michael O’Neill.

His impressive displays for the Potters haven’t gone unnoticed either as it was rumoured that both Arsenal and Burnley were interested in his services during the January transfer window. His time will come once he his back to full fitness.

For now, let us focus on the three players that may have a chance of earning their first senior call-up come the end of March.

Ireland U-21 keeper Gavin Bazunu made the loan switch from parent club Manchester City to Rochdale in League One last August and hasn’t looked back since. The 19-year-old has flourished for Rochdale this season and has been a permanent fixture between the sticks, starting 25 games. In contrast, Darren Randolph, Caoimhín Kelleher and Mark Travers have collected just 22 appearances between the three of them.

Although Bazunu is playing at least one division below the rest of the crop (he was briefly joined by Travers in League One until his loan spell at Swindon Town was cut short), there is an argument for his inclusion come March based on one important factor – playing time. Match sharpness is pivotal for goalkeepers and Bazunu is definitely not short of it this season.

A spot in the starting eleven against Serbia may be too far of a stretch for the former Shamrock Rovers man. Yet with the rest of Ireland’s goalkeeping options struggling to nail down a starting spot at their respective clubs, there would certainly be no harm in handing Bazunu his first call-up to the senior squad.

Next to Scotland where Jamie McGrath is enjoying a prosperous season at St. Mirren. McGrath has previously represented Ireland at U-19 and U-21 level but when interviewed by Irish Football Fan TV recently, the midfielder remained coy on his chances of a senior call-up this year.

Take one look at his stats this season (nine goals and three assists) and you make think that he is a shoo-in for Kenny’s squad in March. Particularly when you take a closer look at Ireland’s alternative midfielders this campaign. If you take a recently in-form Conor Hourihane out of the equation, there is not many left who are an obvious choice for a starting spot.

However, the caveat to this conversation is the recent injury that McGrath sustained against Celtic in the league. Ironically it was staying injury-free that the 24-year-old emphasized was his priority this season when chatting to IFFTV. St. Mirren manager Jim Goodwin is hopeful that the surgery required to fix McGrath’s shoulder problem can be postponed until the end of the season. If this is the case, will he still be available for international selection? Who knows, but he is definitely one to keep an eye on.

Anthony Scully has been one of the more prolific Irish attackers this season, surpassing single figures recently in terms of goals scored, with just under half of the season still to play. Scully is predominantly deployed on the right-hand side of an attacking three for his club Lincoln City, who are currently second in League One.

An attacking three at the top end of a 4-3-3 formation is a system that Stephen Kenny is all too familiar with. What we as fans are also all too familiar with is Ireland’s lack of goals, particularly in 2020. Goals are what this Ireland team are crying out for and Scully definitely knows where the net is.

Some may argue that the third tier in England is too much of a drop when it comes to player selection. Yet the likes of Ronan Curtis and Alan Judge have been given the opportunity in recent years, so why not Anthony Scully? He has been a regular within the underage scene at Ireland for several years now and is still only 21-years-old. A senior call-up could be the next step in a so-far successful career for the Irish forward.