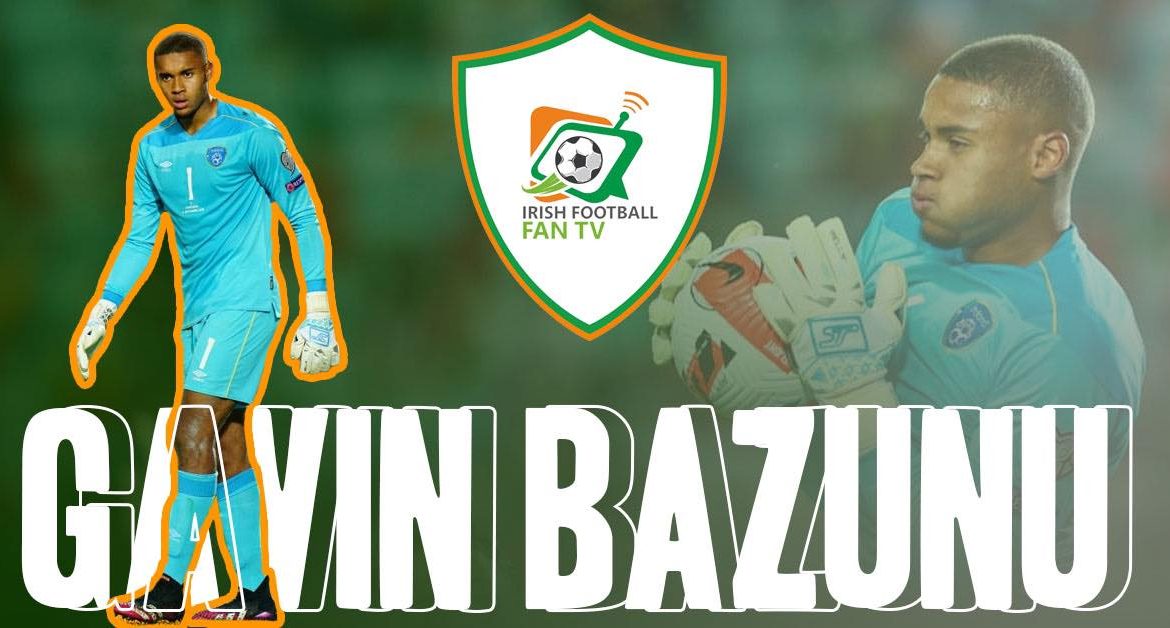 In stoppage time Andrew Omobamidele picked the ball up in Serbia’s half and unleashed a spectacular shot which was arrowing towards the top corner only for Serbian keeper Predrag Rajkovic to get a hand on it. If that had gone in, it would have been the 19-year-old’s name and face on the front of the newspapers this morning after his first-class performance, but in the end there was only one man who was ultimately the star of the show and that man was Gavin Bazunu.

Bazunu, also only 19 years of age, was starting just his fourth game for the senior international team on Tuesday night. Yet the composure and class he demonstrated over the 90 minutes gave the impression that this was just one of many caps. And it wasn’t only last night’s performance that caught the eye. After an error in the Portugal game which led to a penalty — albeit a dubious one — Bazuzu more than made up for it when he outwitted one of the best penalty takers of the modern game, diving down to his right and denying Cristiano Ronaldo. Unfortunately Ronaldo (and his referee mate) got the last laugh when he sucker punched Ireland with two late headers, but there was no taking away from Bazunu’s penalty save and overall performance on the night.

The Manchester City shot stopper (currently on loan at Portsmouth) is making a habit of becoming the shining light in the dark shadows of some of Ireland’s recent results. Take for instance his debut against Luxembourg in March. The 1-0 defeat was crippling and more or less put an end of Ireland’s hopes of qualifying for the 2022 World Cup before they even had a chance to get going. IFFTV’s Paul Nealon picked out Bazunu in his post-match reaction, highlighting his level of maturity and his ability to command and organize his defence while also providing an option for the pass when trying to play out from the back. All of the above traits were again on show this past week. However, the performance against Serbia topped them all.

Despite the fact that the youngster is yet to keep a clean sheet in the green (or yellow) jersey, luck hasn’t necessarily always been on his side. Ronaldo’s double on Wednesday night would have troubled the best of goalkeepers while Azerbaijan’s goal was down to a defensive mishap more than a goalkeeping one. Even in the Serbia clash he nearly kept out Savic’s darting header at the front post with a strong right hand but it unfortunately it was not strong enough.

According to Opta, Bazunu faced a total of 22 shots over the last three fixtures and impressively saved 18 of those shots he faced (82% successful save rate). When you break it down, four goals conceded from 22 shots is not a bad return, considering two of them came from Cristiano Ronaldo, one from a strong Serbian side, and the other an Azerbaijan worldie from 30 yards out.

It’s not just the area of shot stopping that Bazunu excels in though, and it can’t be for modern day goalkeepers. They need to possess several key attributes depending on their team’s style of play. ‘Sweeper keeper’ is a term regularly used on a 5-aside pitch and in the professional footballing world it originated back in the 1800’s when goalkeepers acted as the last man and were allowed use their hands in their own half, not just their own box. Thankfully that rule has changed… Keepers are more advanced these days however, and anything that can be done with the hands should be done even better with their feet.

Bazunu has honed his distribution skills in the school of Manchester City and makes it look easy as he starts the attack for Ireland by picking out a pass to his defenders or midfielders rather than aiming for row Z in the opposite stand. Delving into the statistics from last night, it is clear that Serbia enjoyed the lion’s share of possession (58% to Ireland’s 42%), yet Bazunu completed 19 more accurate passes (long and short) compared to opposition keeper Rajkovic.

Portugal also dominated possession compared to Stephen Kenny’s men (72% to 28%) but again Bazunu outperformed Rui Patricio at the opposite end of the pitch (when analyzing the same metric), completing 10 more accurate passes (long and short). A clear sign of Stephen Kenny’s philosophy coming to fruition where the goalkeeper is a key piece of the build-up play jigsaw.

Diving further into the statistics and drawing a comparison with Darren Randolph’s last three competitive appearances for Ireland, Bazunu averaged 44 touches of the ball across the last three games in contrast to Randolph’s 33. The 19-year-old also completed an average of 31 successful passes while Randolph completed 24.

Maybe it is down to Kenny having more time to implement and progress his new style of play, or maybe Bazunu provides a calmer presence and higher ceiling in terms of his level of distribution and therefore is a more appealing option within a passing sequence at the back. Only time will tell. Based on this past week though, Darren Randolph, Caoimhín Kelleher and Mark Travers might be waiting a while before they see their name again on the teamsheet for a competitive Ireland fixture.