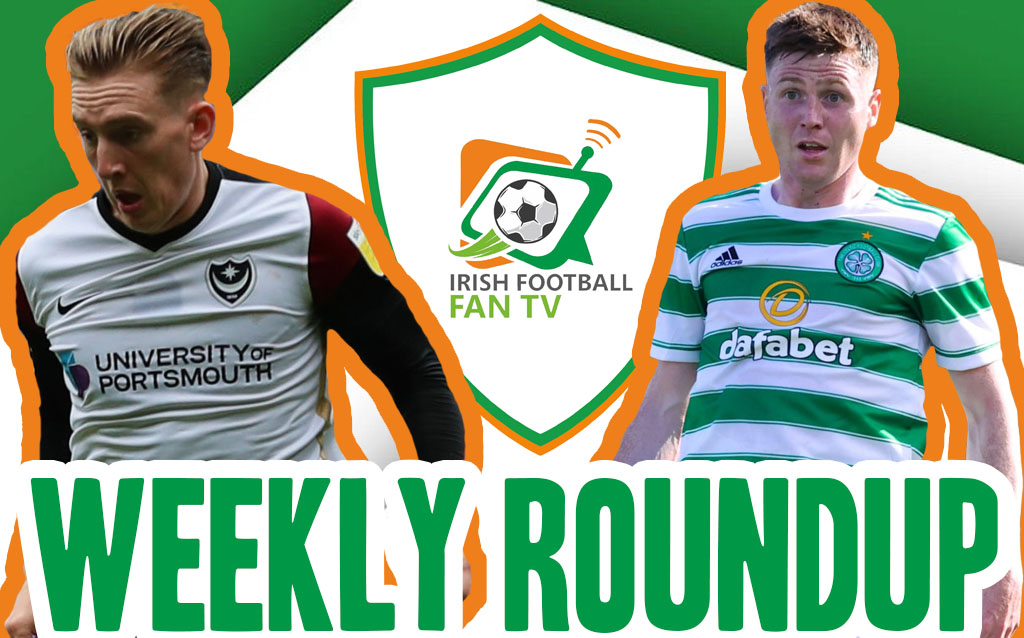 On Thursday night Celtic progressed into the next round of the Scottish League Cup when they beat Raith Rovers 3-0. James McCarthy started in midfield and set up the first goal in the win, finding fellow new signing Jota with a terrific through ball.

West Brom were down by a goal after just one minute in their Friday night clash with QPR and it wasn’t until Callum Robinson made his entrance that the game turned around. Karlan Grant scored a late brace to complete a comeback and both goals were assisted by the Irish forward who was introduced just before the hour mark.

Ciaran Clark featured for Newcastle United as they picked up a point on the road against Watford. The draw takes the Magpies out of the relegation zone at this early stage of the season.

On Saturday, the Irish lads in the Championship failed to live up to Robinson’s Friday night performance with no goals or assists to mention. However there was a clean sheet and win for Ryan Manning at Swansea, Blackpool’s Richard Keogh and John Egan in Sheffield United’s 1-0 win. The Corkman’s performance also earned him a spot in the Championship ‘Team of the Week’.

Irish keeper Mark Travers also made sure Bournemouth held onto their 2-1 lead against Luton Town, pulling off a excellent save from his own defender’s header.

Unlike the Championship, there was no shortage of goals in League One last weekend. Nine games in and six goals for Anthony Scully (10 in all competitions). The 22-year-old scored just after half-time in Lincoln City’s 2-1 away win over Burton Albion. Conor Shaughnessy scored a late consolation goal for the home side.

Troy Parrott scored the game’s only goal — and his third of the season — from the penalty spot as MK Dons beat Wycombe Wanderer’s by one goal to nil. The win means the Dons remain in third spot. Warren O’Hora also played his part in the win, keeping a clean sheet (third one of the season) at the back.

Parrott is enjoying life so far in Milton Keynes and despite scoring three already this season, the striker is still keen to improve his record in front of goal.

“I’m enjoying it a lot to be fair. It’s going really well so far. Obviously I’ve got a couple of goals, I’d like to have a lot more but I’ll still take confidence out of the ones I’ve got.”

Troy Parrott on his start to the season at MK Dons

Next to Charlton Athletic where Portsmouth couldn’t cling on for the three points despite goals from Irish pair Ronan Curtis and Marcus Harness. Two tidy finishes from both men, particularly Curtis who looped an effort over the Charlton keeper and into the top corner. Definitely a goal of the week contender from the winger!

There was also some Irish involvement in a six goal thriller between Morecambe and Accrington Stanley. Seamus Conneely assisted Accrington’s second of the game and just under 20 minutes later Shane McLoughlin was sent off for Morecambe. The game finished 3-3.

Will Ferry scored his first goal for Crawley Town in a 2-1 victory over Bradford City. The Irish U-21 international got enough on a cross to direct the ball into the bottom corner and give his team the lead.

Fellow U-21 international Luca Connell made an instant impact on his return to Queens Park. The midfielder was brought on in the 65th minute and 10 minutes later he netted an equalizer with a pinpoint strike from outside the area before Queens Park found a winning goal in the 90th minute against Peterhead.

Connor Ronan bagged a brace in his third start for St Mirren in a 3-2 win over Aberdeen on Sunday. Ronan’s first goal came via deflection while Jamie McGrath assisted his fellow Irishman for his second, and it was a clinical finish from the edge of the area which levelled the game up before Mirren scored the winner three minutes later.

In the Scottish second tier, Ethan Varian added another assist to his tally for the season in Raith Rovers’ 3-2 victory over Partick Thistle.

Brighton remain in sixth spot thanks to a late Neal Maupay lob which meant the points were shared at Crystal Palace. Shane Duffy started at the back for the Seagulls while Aaron Connolly played the final 20 minutes.

Jayson Molumby finally made his debut for West Brom, coming off the bench on Tuesday evening in a 4-0 win for the Baggies away to Cardiff City. Irish trio Callum Robinson, James Collins and Mark McGuinness also featured in the game.

Troy Parrott followed up his goal on the weekend with an assist for Scott Twine’s second of his three goals in a 3-3 draw between MK Dons and Fleetwood Town.

Burton Albion hosted Portsmouth on Tuesday and the home side got the better of their visitors with a bit help from Irishman Thomas O’Connor. The midfielder scored Albion’s first of the evening just after the half hour mark.

Mark Sykes was also on the scoresheet in Oxford United’s 5-1 thrashing of Accrington Stanley. Sunderland netted five goals in their win over Cheltenham Town and Aiden McGeady assisted two of the goals, continuing to highlight his quality at League One level. Morecambe’s Ryan Delaney also got himself an assist in their 2-0 win against Lincoln City.

On Wednesday night Jason Knight set up the only goal of the game in his second start since his return from his injury. His cross was converted at the back post by Craig Forsyth. The 20-year-old returns to Ireland’s squad ahead of their upcoming fixtures against Azerbaijan and Qatar.

Fellow international Mark Travers picked up his fourth clean sheet of the season in Bournemouth’s goalless draw with Peterborough United. There was also a clean sheet and win for Danny McNamara at Millwall.