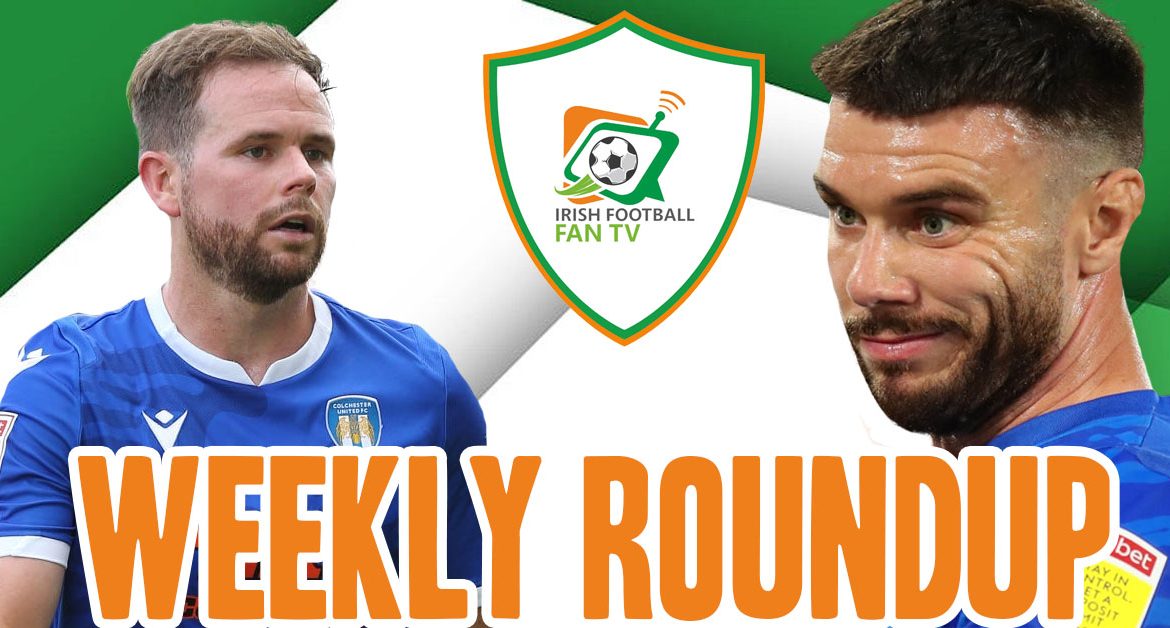 Scott Hogan made it three goals in six Championship games (also his 50th Championship goal) in Birmingham City’s Friday night game with Derby County. Hogan opened the scoring after 31 minutes when he finished at the back post after some bad defending from Derby. The Blues went on to score a second after the break to clinch the victory. In other good news, Jason Knight returned from injury for the final minutes of the defeat.

In League Two, Alan Judge opened his account for his new club Colchester United in their 3-2 win over Barrow. The midfielder finished off a free-flowing move by finding the bottom corner with a first-time finish.

Andrew Omobamidele capped off an impressive week in an Ireland jersey by making his Premier League debut for his club side Norwich City in a 1-0 defeat to Arsenal. Despite the loss, the 19-year-old still put a shift in, accumulating five clearances, five ball recoveries and an 88% pass success rate.

Brighton continued their bright start to the season, beating newly-promoted Brentford in stoppage time to make it three wins from four. Shane Duffy played his part in keeping out Brentford’s attack, limiting them to just one shot on target. The win also came in Duffy’s 100th Premier League appearance. Solid as ever at the back and not too shabby in front of goal either… (see below). Meanwhile Aaron Connolly remains sidelined after returning back early from international duty.

Elsewhere in the top flight, Ciaran Clark started at the back for Newcastle United in a 4-1 defeat to Manchester United.

Unfortunately there were no goals or assists to report in the Championship over the weekend, only debuts.

Conor Hourihane was given the final 20 minutes in Sheffield United’s 6-2 win over Peterborough United, marking his first appearance for the club. On the other teamsheet was Conor Coventry’s name after he made a loan switch from West Ham.

Michael Obafemi also came on to make his debut in Swansea City’s 0-0 draw with Hull City. Fellow Irish youngster Jayson Molumby will have to a wait a little longer for his debut at West Brom as he was an unused substitute in their 1-1 draw with his former club Millwall.

In the third tier, Anthony Scully alone made up for the lack of goal action in the Championship. Never mind banging on the international door, the forward has bulldozed through it. Lincoln City thrashed Wes Hoolahan’s Cambridge United by five goals to one and Scully had a hand in all five of the goals with a hat-trick of assists and a brace for himself for good measure. Both goals were nearly a carbon copy of each other as he received the ball out on the left before cutting in and burying the ball into the top right corner with his right foot. The 22-year-old is up to nine goals and three assists in all competitions this season which is the highest in England’s top four leagues in terms of goal contributions. Hoolahan assisted Cambridge’s only goal of the game.

Bolton were also victorious in their game away to Ipswich Town. Eoin Doyle netted his third goal of the season from the penalty spot in a 5-2 win.

Kieran Sadlier also scored from the spot in Rotherham United’s 4-2 defeat to Fleetwood Town while Shane McLoughlin scored his first of the season as Morecambe lost to Wimbledon.

Sunderland remain top of the division after they beat Accrington Stanley 2-1. Aiden McGeady set up the winning goal in the 58th minute.

Aaron Drinan brought his tally up to two goals for the season when he opened the scoring in Leyton Oreint’s 4-0 win at home to Oldham Athletic. Ireland U-21 international pair Will Ferry and Alex Gilbert both got their first assists for their clubs Crawley Town and Swindon Town, respectively.

In the Scottish second tier, 30-year-old midfielder Aaron Doran was on the scoresheet for Inverness as they beat Partick Thistle by three goals to one. Meanwhile former Cork City man Daire O’Connor set up Ayr United’s first goal in 3-1 win against Dunfermline Athletic.

On the back of a recent call-up to the Ireland U-21 squad, 20-year-old Joel Bagan started his sixth consecutive game for Cardiff City in a 2-1 win against Nottingham Forrest. James Collins also started up top the Bluebirds.

Josh Cullen returned to the Anderlecht side for a 7-2 win over KV Mechelen. Vincent Kompany’s team currently sit in sixth in the division, four points off top spot with a game in hand.

Everton continue their fine start to the season as they moved up to fourth in the league after they came from behind to beat Burnley 3-1 on Monday night. Seamus Coleman has started in every league game under new Toffees’ boss Rafa Benitez.

It was another quiet night in the Championship on Tuesday evening. Darragh Lenihan earned the ‘Man of the Match’ award in Blackburn Rovers’ 2-0 win over Hull City.

Elsewhere, Jason Knight started his first game post-injury in a 0-0 draw between West Brom and Derby County, while Mark Travers started in a 2-1 win for Bournemouth. Mipo Odubeko made his debut for Huddersfield Town when he came in the 77th minute with his team already 3-0 up.

Veteran Irish midfielder Sam Foley scored a brace for Tranmere Rovers in a 4-1 victory against Leeds United’s U-21’s. Armstrong Oko-Flex was also on the scoresheet. He converted a late winner from penalty spot for West Ham U-21’s who came away with an impressive 2-1 win against Ipswich Town.

Several Irish players took to the field on Tuesday evening in the Championship with starts for Ryan Manning, Scott Hogan and Joel Bagan, while James Collins and Michael Obafemi were both introduced after the break for their respective clubs.