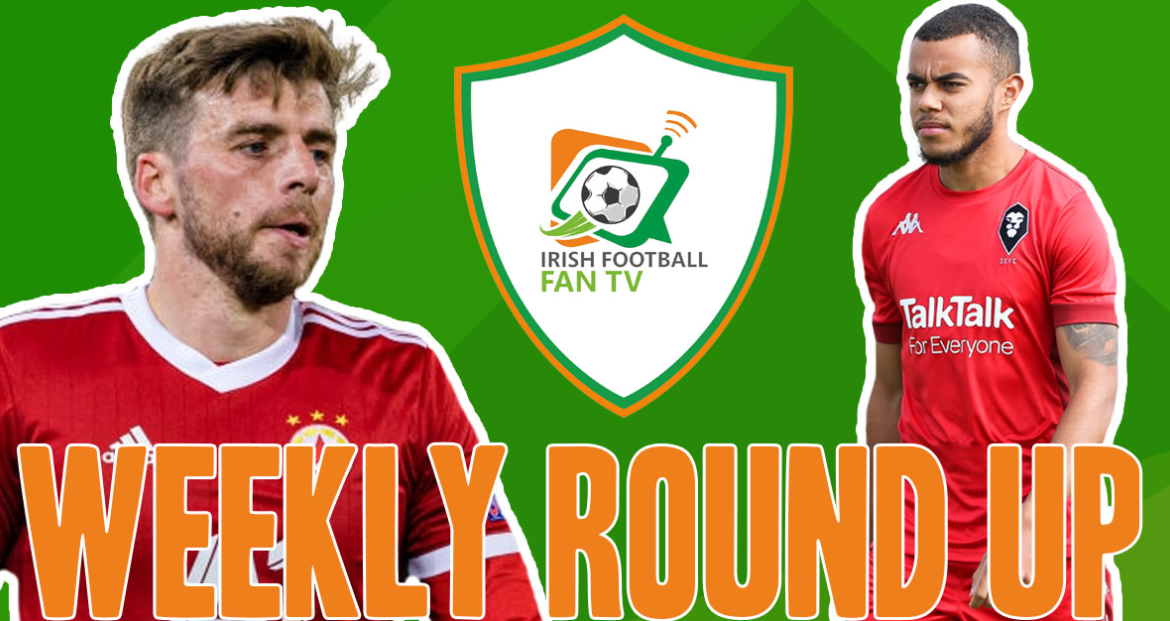 Dublin man Graham Carey scored after just six minutes in the second-leg clash between CSKA Sofia and Viktoria Plzen. Carey beat the keeper at his near post with a thunderous strike to give his team the lead in a game where Sofia completed a comeback in extra-time to progress into the group stages of the newly-formed competition.

Unfortunately for Shamrock Rovers it was the end of the road for their European journey after they lost at home by one goal to nil against Flora Tallinn. Meanwhile Matt Doherty started his second game of the new campaign in Spurs’ 3-0 victory against Portuguese side Pacos de Ferreira.

In the fourth tier, Rochdale scored a second-half equalizer against Colchester United thanks to Jimmy Keohane. His strike at the back-post earned the Dale a share of the points in the Friday night game.

Dominic Calvert-Lewin ensured all three points were staying in Everton, scoring from the spot to make it 2-0 after Seamus Coleman was brought down inside the box. Shane Duffy started at the back for Brighton who were the visitors at Goodison Park and subsequently went on to lose the match, which was their first defeat of the new season.

The only other Irish action in the top flight came at Carrow Road where Adam Idah was given the final ten minutes in 2-1 defeat for Norwich City against Leicester City.

Saturday marked three wins on the bounce and back-to-back wins in the league for Preston who beat Swansea City 3-1. Sean Maguire assisted the second goal in his second start of the season.

Ahead of the international window there was also minutes on the pitch for James Collins, John Egan and Dara O’Shea (both kept clean sheets) in Saturday’s Championship fixtures.

There is no stopping Anthony Scully at Lincoln City. Despite a defeat for the Imps, Scully’s late penalty means he’s up to three league goals for the season after only five game. And that’s without taking into consideration his hat-trick in the EFL Trophy.

In MK Dons’ win Troy Parrott turned provider for their opening goal on the stroke of half-time to give them a one goal lead. The 19-year-old now has three goal contributions from five starts in the league and will be full of confidence heading into Ireland’s World Cup qualifying fixtures.

It took Tyreik Wright less than a minute to get his first goal for Salford City, which was also his first professional goal, in a 3-0 win over Newport County. Salford won the ball back in Newport’s half and played it through to Wright coolly slotted home from inside the box. Fellow Irish youth international Corrie Ndaba, who is on loan from Ipswich Town, also made his first start for the club in the win.

Conor Wilkinson is also off the mark for his new club Walsall. He scored his first of the season after five minutes and Walsall held on for the remaining 85 minutes to win 1-0 at home to Stevenage.

Former League of Ireland man Gavan Holohan netted the decisive winner as his side Hartlepool United defeated Carlisle United by two goals to one. And what a strike it was. The midfielder made it look effortless as he volleyed the ball into the top corner from the edge of the area. Definitely a goal of the weekend contender!

Zach Elbouzedi continues to impress in Sweden after his summer move to AIK. He started his fifth consecutive game for his new club in a 2-0 win on Saturday.

On the back of a victory over Manchester United’s U-21 side, Lincoln City continued their good spell in the EFL Trophy by beating Bradford City to go top of their group. Anthony Scully scored their third goal of the tie, which subsequently moved his tally up to seven goals in his last six starts as he continues his tremendous start to the campaign. As to why he has still yet to be called up to the senior international squad on the back of his current form? Well that one remains a mystery.

Liverpool U-21’s also fell to defeat against League Two side Rochdale who scored four on the night, and three came from the boot of an Irishman. Liam Kelly’s was the pick of the bunch as he found the top corner from outside the box with a curling effort, and it was a debut goal which made it even sweeter for the former Reading and Feyenoord midfielder. Full-back Corey O’Keefe also found the net twice while Conor Grant started in midfield and Jimmy Keohane appeared from the bench to make his 100th appearance. Not a bad day’s work for the Irish contingent at the Dale.

The final Irish goalscorer of the night was of course Bolton’s Eoin Doyle. The 33-year-old opened the scoring for Bolton who went on to win 3-2 against Port Vale.

Meanwhile, it wasn’t such a pleasurable night of football for Oxford United’s Luke McNally who was given his marching orders in the 45th minute, and Forest Green Rovers’ centre-half Michael Harriman who put the ball in his own net in the 14th minute.

After a spell in India, former Ireland international Anthony Pilkington returned to England over the summer and got himself an assist for new club Fleetwood Town in their comfortable 4-1 win over Leicester City U-21’s. Simon Power also set up one of Harrogate Town’s goals in a 3-1 victory against Mansfield Town.