How have Ireland’s strikers performed so far this season? (Part Two) 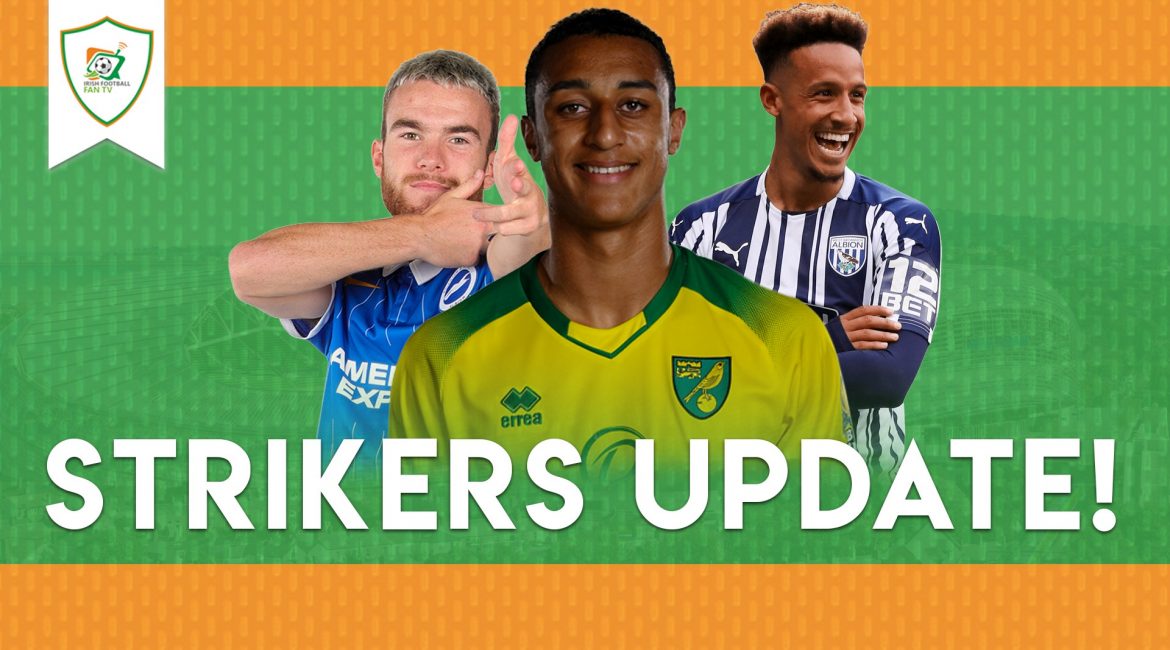 If you missed part one you can catch up here. In part two, our focus shifts to the second tier in England, the Championship. The collection of Irish strikers plying their trade in this division includes; Troy Parrott (Millwall), James Collins (Luton Town), Sean Maguire (Preston North End), Adam Idah (Norwich City),  and Scott Hogan (Birmingham City).

Firstly, let’s look at how the two youngest, Troy Parrott and Adam Idah, have performed so far this season. Unfortunately for Ireland’s promising attacking players, injuries haven’t been too kind to them. Similar to Aaron Connolly, both Idah and Parrott have spent large portions of the season on the sidelines, particularly in Idah’s case.

The Norwich City striker has been limited to just 235 minutes of action this season, starting one game and featuring as a substitute for a further six. The 19-year-old is a firm favourite under Stephen Kenny at international level, highlighted by his four starts since the new manager took over. But at club level he finds himself behind Teemu Pukki and Jordan Hugill in the pecking order.

Idah has been unavailable since picking up a knee injury in Ireland’s clash with Wales in November but is expected to return to full training this week according to Norwich boss Daniel Farke. Despite the lack of action, the Corkman managed to grab himself a goal at the beginning of the season against Huddersfield Town. Idah’s one goal aligns with his xG of 1.14, a figure that will hopefully increase in the second half of the campaign.

At Millwall, Troy Parrott has been a more prominent feature, completing over double the amount of minutes (604 minutes) compared to his international teammate Idah. However, Parrott has struggled to make the most of his loan move. With seven starts and four substitute appearances, the Spurs loanee has failed to find the net so far this season.

Maybe he has been unlucky in front of goal? His xG figure of 0.67 for the season says otherwise. What Parrott has been unlucky with is injuries. The 18-year-old picked up an injury on his Millwall debut in September and did not make his return to the side until November’s draw with Cardiff City. Since then has been deployed on the left of a front three in four out of his seven starts, a position that he is not familiar with. With 21 league games still to play, there is still plenty of time for Parrott to turn his season around.

So who has been scoring goals? Well Luton Town’s James Collins leads the way when compared to his compatriots in the Championship. Collins has scored six goals this campaign (nine when you include his hat-trick against Preston in the Carabao Cup). When we take a look at the stats, his tally of six goals (0.3 g/90) at this stage may have been higher if the striker was more proficient in front of goal (8.73 xG).

Collins’s inclusion in Stephen Kenny’s November squad was justified based on his domestic performances. Yet despite a handful of chances against Wales and Bulgaria, the 30-year-old failed to add to his single international goal.

Collins also leads the way in terms of minutes on the pitch, another important factor in the build up to the next international break in March. Sean Maguire is third on that list, having played in 20 of Preston’s league games this season (1139 minutes). The former Cork City man currently has three goals to his name in the Championship (four in all competitions), narrowly outperforming his xG of 2.57.

Maguire has been on the periphery of the Irish squad with the likes of Idah and Collins favoured ahead of him in recent times. At club level, his stats have stagnated over the last couple of seasons. Maguire’s first season in England (2017/18) was his most fruitful, scoring 10 goals in 19 starts for Preston, but he has since failed to recreate such form. Double figures for this season may be a big ask for the 26-year-old and he will need to increase his goals per game ratio (0.24 g/90). That being said, it may be the target he needs to meet in order to work his way back into the Ireland set-up.

Finally to Birmingham City where Scott Hogan’s stats paint a remarkably similar picture to those of Sean Maguire’s. Hogan is also on three goals for this season, which is marginally below is expected tally (3.39 xG), whilst he also matches Maguire for scoring frequency (0.24 g/90).

The 28-year-old flourished during his initial loan spell in the blue jersey of Birmingham at the back end of last season, scoring seven goals from nine games before the season was interrupted. Since the restart in the summer Hogan has only three goals to his name, with his most recent coming in a win over Barnsley after an eight game goalless spell. If there was ever a chance to step forward and claim the number nine shirt for Ireland, now is the time. Hogan need to find the form he produced this time last year.

The best of League One

Although Scully may not qualify as an out and out striker, he has managed to bag 10 goals in all competitions for Lincoln City so far this season. The U-21 international continues to impress and may get his chance at senior level come March if he maintains this level of performance.

QPR loanee Shodipo has also caught the eye in League One for Oxford United, scoring eight goals in all competitions. A senior international call-up is potentially too big of a leap for the 23-year-old this year, but the future certainly looks bright the Irish striker.