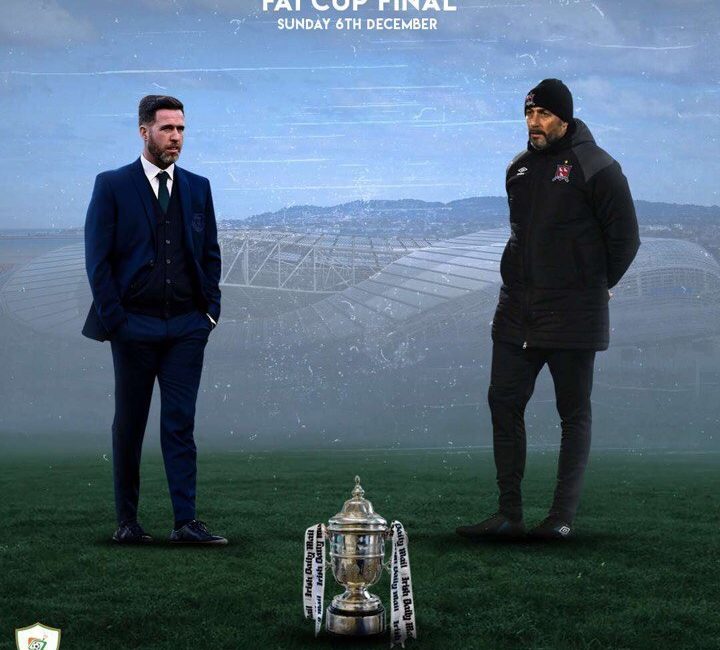 As we reach the end of our ‘unprecedented’ season, we still have one more match left on the League Of Ireland calendar and it’s one of the most exciting of them all. League invincibles and champions of the Premier Division Shamrock Rovers face Ireland’s only Europa League side this season in Dundalk in the Fai Cup Final in the Aviva at 18:40 this Sunday.

Both sides have good reason to believe they are the favourites heading into this tie for different reasons. Starting off with Dundalk they’ve obviously been playing Europa League football over the past month, playing against sides like Arsenal, Rapid Wien, and Molde who all play football of a very high standard. That being said, Dundalk competed to the final whistle against Molde and Rapid Wien with only one goal differentiating the sides, showing Dundalk can certainly compete at Europa League level. Upon returning home, Dundalk saw an upturn in performances following the high standards of European football, as they absolutely thrashed Athlone Town 11-0 in the Semi-Final of the Fai cup– a win which will surely give them the confidence to go the whole way and lift the cup in the Aviva on Sunday.

Moving on to Shamrock Rovers, who’s obviously gone unbeaten in the league winning it comfortably, 11 points clear of second-place,  showing their complete dominance in this season’s league. History is also on their side heading into this tie as last year they faced none other than Dundalk in the Fai Cup Final where they won 4-2 on penalties. Also in the current season, they came out winners of both fixtures, including their most recent meeting being a 4-0 thrashing in which Rovers’ key player Jack Byrne grabbed a brace. For Dundalk, to have any chance of lifting the cup they’ll have to keep him quiet which is not an easy task at all. Whatever the result, we should be in for an end-to-end, energetic game of football!