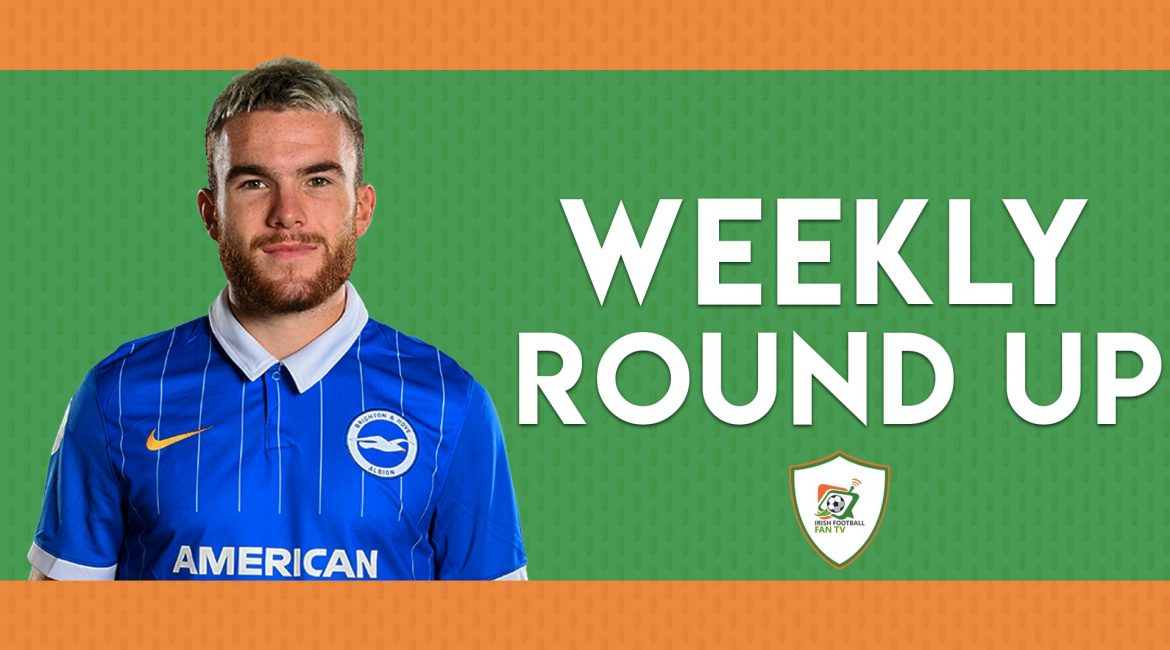 An injury to West Ham’s number one Lukasz Fabianski in the warm up meant Darren Randolph featured in his first Premier League game in almost a year, with his last start coming in a 4-1 defeat to Leicester City on January the 22nd 2020. Randolph would’ve been happier with the score line this time around as he kept a clean sheet and West Ham snatched a late winner away to Everton. Seamus Coleman played the full ninety minutes for the Toffees.

Derby County suffered a disappointing defeat to Sheffield Wednesday in a decisive game at the bottom of the Championship. Jason Knight played the full game.

Things were looking rosy for Matt Doherty as his Spurs side were winning 3-0 against Leeds United until stoppage time when the right-back was sent off for a second bookable offence. He will now be unavailable for their next game, Tuesday’s EFL Cup semi-final against Brentford.

Aaron Connolly netted his second goal of the season after he nipped in front of Wolves’ goalkeeper Rui Patricio to convert Leandro Trossard’s cross.

Unfortunately for the Galway man his evening ended early as he was substituted just before half time with an injury. Brighton boss Graham Potter confirmed post-match that Connolly suffered a hamstring injury and “it would probably be a couple of weeks” before he returns.

John Egan played his 100th game for Sheffield United against Crystal Palace. A terrific achievement for the Corkman.

There was another heavy defeat for West Brom and Irish pair Dara O’Shea and Callum Robinson, with the Baggies losing 4-0 at home to Arsenal.

Darragh Lenihan’s Blackburn Rovers were too strong for Birmingham City, winning the tie 2-0 and marking the club captain’s sixth clean sheet of the season.

A forty-five minute cameo was not enough for Troy Parrott to score his first goal for Millwall. They lost 2-1 to Jordan Shipley’s Coventry City.

Cyrus Christie came out on top against Sean Maguire with Nottingham Forrest beating Preston North End 1-0 thanks to a Lewis Grabban penalty. Alan Browne missed the game through injury.

At Swansea, Ryan Manning started his first game since he was substituted at half-time in the defeat to Derby County in December. Watford were the opponents this time round and Manning played until the 85th minute as the Swans won 2-1.

Olamide Shodipo made it five goals in six games by scoring a brace in Oxford United’s 5-1 thrashing of Burton Albion. The 23-year-old isn’t finished yet though, insisting that he is “looking to get more each game and keep adding to my tally”, when interviewed after the game. His first of the afternoon was the pick of the two. Shodipo shimmied onto his right foot and found the top corner from outside the box.

Lincoln City beat Wimbledon by two goals to one with Wimbledon’s goal coming from a Shane McLoughlin assist.

It finished all square at Northampton as they shared the points with Sunderland. Cian Bolger, Alan Sheehan and Aiden McGeady all started the game.

With a 16 point gap between Rangers and Celtic at the top of the Scottish Premiership, the pressure was mounting on the Boys in Green to reduce the deficit and no better place to start than a win against their arch rivals. However, Nir Bitton’s red card and a subsequent own goal from Callum McGregor meant all three points would go to the blue side of Glasgow. Shane Duffy was introduced shortly after the hour mark after Bitton’s dismissal.

It was also a day to forget for Danny Rogers of Kilmarnock. His own goal in the 90th minute resulted in their game ending 1-1 with St. Mirren.

Danny McNamara played his final game for St. Jonhstone, a 1-1 draw with Ross County, ahead of his return to parent club Millwall.

In the Scottish second tier, Jonathan Afolabi converted a penalty in the 84th minute to make it 3-1 to Dundee against top of the table Hearts.

Ciaran Clark featured for the full 90 minutes in Newcastle’s home defeat to Leicester City in which was also his 100th game for the club. A fantastic feat for Clark who is rumoured to be signing a new contract with the Magpies.

Ryan Sweeney and Harry Charsley started for Mansfield Town as they beat Salford City 2-1. Charsley set up Mansfield’s second of the night, bringing his tally to five assists and three goals for the season.

There was an upset in the Copa Del Rey as Getafe were knocked out by Córdoba who ply their trade in the third tier of Spanish football. John-Joe Patrick Finn only last the first half before being substituted.

Just over 24 hours after signing for Apoel, Jack Byrne got his first taste of Cypriot football. He was brought on for the final five minutes as Apoel searched for a late equalizer. However the search proved in vain and the game finished 2-1 to Doxa Katokopias. Unfortunately for Mick McCarthy it was one defeat too many and the former Ireland manager was sacked on Wednesday morning after a short two month stint at the club.