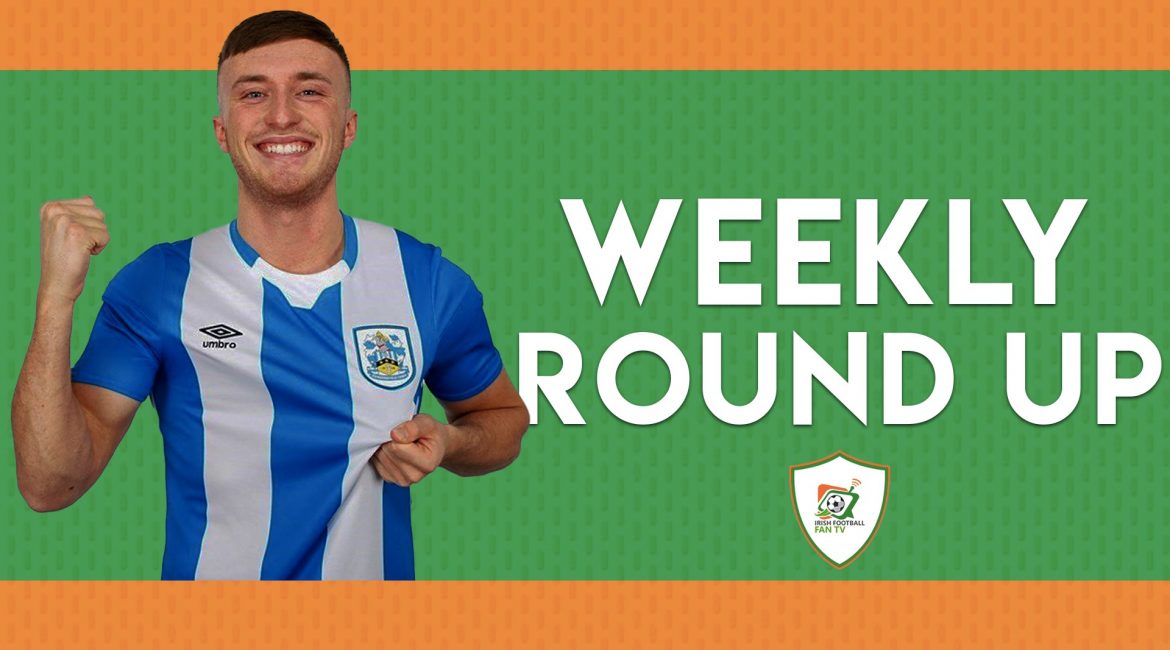 Preston North End and Bristol City kicked off this weekend’s action. A first-half Daniel Johnson penalty was enough to separate the teams as the game ended 1-0 to Preston. Alan Browne, Sean Maguire and Callum O’Dowda all started the game.

A decisive game at the top of League One and one that Hull City won’t be in a rush to remember. Marcus Harness and Ronan Curtis both started for Portsmouth but it was Hull City players who got the goals. Two own goals from Josh Magennis and Jacob Greaves means Pompey leapfrog Hull and claim top spot.

James McCarthy returned to Crystal Palace’s squad after originally picking up an injury before the Republic of Ireland’s game against Finland back in October. The midfielder remained on the bench as his side were thrashed 7-0 by an on-form Liverpool side.

Likewise, Seamus Coleman returned to action this weekend for Everton. His cameo in the 83rd minute ensured all three points went to the Toffees against a struggling Arsenal side.

In spite of his goal against Leeds United on Wednesday evening, Jeff Hendrick was left out of Steve Bruce’s starting eleven against Fulham on Saturday night. However, Ciaran Clark did start and the game ended all square.

Adam Idah remains sidelines whilst fellow Irish younger Andrew Omobamidele still awaits his first senior appearance for Norwich City. The Canaries continued their impressive form with a 2-0 victory over a Cardiff City side which included Greg Cunningham at left-back.

An admirable 2-0 win for Huddersfield Town against promotion chasers Watford will excite new signing Danny Grant as he makes the move across the water from Bohemian. The winger officially signed on the dotted line on Saturday evening and will join up with his new club in January.

A week of ups and down for Rochdale. After an impressive 5-0 win over Wigan on Tuesday, they suffered a 4-1 defeat at the hands of Gillingham. Rochdale captain Eoghan O’Connell’s goal was a strike worthy of winning any game. Thirty-five yards out, first time hit that found the bottom corner. Unfortunately for Rochdale, it would only be a consolation.

On the other hand, Ireland U-21 forward Anthony Scully’s opening goal for Lincoln City would set the tone for their game against Northampton Town, which ended in a 4-0 away win for Lincoln.

Meanwhile at Fleetwood, Paddy Madden’s assist for Danny Andrew’s goal looked to be the decisive winning goal against Wigan Athletic until 91st minute when the visitors grabbed a last gasp equaliser.

John O’Sullivan scored his first of the season as Morecambe beat Colchester United 2-1. A sublime volley from the edge of the box which opened the scoring for the Shrimps.

Elsewhere, Bradford City’s Paudie O’Connor and Mansfield Town midfielder Harry Charsley both added to their assist tallies for the season.

Conor McCarthy, Joe Shaughnessy, Dylan Connolly, Jake Doyle-Hayes and Jamie McGrath all played their part as St. Mirren extended their unbeaten run in all competitions to nine games with a 3-2 victory over St. Johnstone.

A host of Irish internationals took the field in the first game of the day on Sunday. Enda Stevens, John Egan and Aaron Connolly all started, whilst Jayson Molumby made the bench for Brighton. Yet it was recently retired David McGoldrick who had to the biggest impact, setting up Jayden Bogle for Sheffield United’s opener. Brighton levelled the game on the 87th minute.

Matt Doherty, Conor Hourihane and Callum Robinson all started on the bench for their respective teams. Dara O’Shea kept his place in West Brom’s starting eleven under new manager Sam Allardyce. However, it was a night to forget for O’Shea and Allardyce as the Baggies lost 3-0 to Aston Villa.

An eventful Scottish Cup final was decided on penalties as Celtic beat Hearts to claim the trophy. The Scottish champions started the game strong with two goals inside the first half hour. However, Hearts fought their way back into the game in the second half with two goals of their own.

Neither team could be separated in extra time as they both added another goal but Celtic were triumphant in the shootout, winning 4-3. A historic win for the Bhoys as they completed the quadruple treble, their 12th trophy on the bounce. The win also marked Shane Duffy’s first piece of silverware in Glasgow.

After starting midweek in Getafe’s Copa Del Rey win, John-Joe Patrick Finn was an unused substitute in their league win over Cádiz.

Robbie Brady celebrated his 150th Premier League appearance with a win as Burnley overcame Wolves to win 2-1 and take them up to 16th in the league. Jimmy Dunne and Kevin Long had to settle for a place on the bench for Burnley.