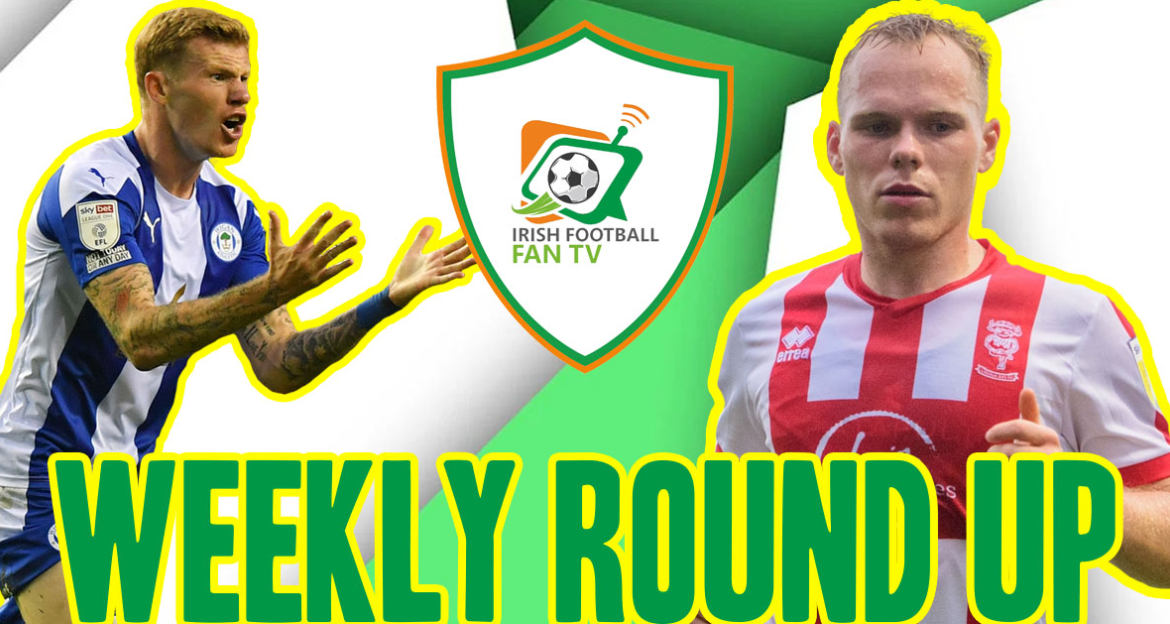 Last Thursday saw four Irish players feature in the Europa Conference League qualification stage. Josh Cullen’s Anderlecht drew 3-3 with Vitesse (who defeated Dundalk in the previous round). And there was a trio of first-leg defeats for Matt Doherty, Johnny Hayes and Graham Carey at their respective clubs Spurs, Aberdeen and CSKA Sofia. Meanwhile Shamrock Rovers fell to a 4-2 away defeat to Estonian outfit Flora Talinn in the first-leg of their tie.

Ryan Manning demonstrated his versatility on Friday night under the watchful eye of Stephen Kenny who was in attendance as Swansea City beat Bristol City by one goal to nil. Manning played in the middle of a back three and did not look out of place as he picked out several long passes highlighting the quality of his distribution.

Two wins out of two for Brighton and it was that man again Shane Duffy who made the headlines as he opened the scoring for the Seagulls with a terrific header. Aaron Connolly — on as a second-half substitute — came close to making it three in the second-half but narrowly missed with his effort. The striker will be hoping to feature more prominently in the coming weeks now that fellow forward Neal Maupay joins Danny Welbeck for a spell on the sidelines.

Shane Duffy makes the ‘Whoscored.com’ Team of the Week for a second successive weekend.

Seamus Coleman was the only other Irish representative in the Premier League on Saturday. He played the full ninety minutes in a 2-2 draw between Everton and Leeds United.

Scott Hogan bagged his first and second goal of the campaign in Birmingham City’s 5-0 victory over Luton Town. His first was a well-taken header to give his team a 2-0 lead while his second came after he made a lung-busting run from his own box to slot in his second and the Blues’ third of the game.

Sheffield United continued their poor start to the season, losing 2-1 to Huddersfield Town. David McGoldrick assisted the late consolation goal for the Blades.

Elsewhere, Callum Robinson, Dara O’Shea and Darragh Lenighan all featured as West Brom beat Blackburn Rovers 2-1. There were also a late substitute appearance for James Collins at Cardiff City, cameos from the bench for Louie Watson at Derby and Sammie Szmodics for Peterborough United while Gavin Kilkenny, Mark Travers and Sean Maguire all started for their respective clubs. Alan Browne missed Preston’s win due to isolation.

There was a second debut for James McClean at Wigan Athletic on Saturday and a flying start upon his return to his old hunting ground. McClean rounded the keeper and tapped into an empty net in stoppage time to seal a 2-0 win over Charlton Athletic.

Eoin Doyle nodded in a second-half winner for Bolton against Oxford United to double his goal tally, giving him a return of two goals from four games.

At the Abbey Stadium, Cambridge United got their first three points in League One after they comfortably defeated Burton Albion by three goals to nil. Wes Hoolahan set up the third goal while at the back Conor Masterson made his first start after making the loan switch from his parent club QPR.

Gavin Bazunu is making it look easy at new club Portsmouth after he notched up his third consecutive clean sheet in their goalless draw with Doncaster Rovers.

After a flourishing season at Bradford City in 2020/21, Paudie O’Connor seems to have continued where he left off. He climbed the highest and opened the scoring with a powerful header as Bradford beat Mansfield Town 3-2. The goal earned him a spot in the ‘Team of the Week’ for a second week running.

There were also assists for Aaron Drinan in Leyton Orient’s draw, and Eoghan O’Connell in Rochdale’s win over Northampton Town.

There were several highlights involving Irish players in the EFL Cup on Tuesday night but there is only one place to start. Both Aiden O’Brien and Anthony Scully scored hat-tricks. Sunderland beat Blackpool 3-2 thanks to O’Brien’s hat-trick which he completed in the 91st minute to guide the Black Cats into the next round. While in the EFL Trophy, Lincoln City also won by three goals to two against Manchester United U-21’s and Scully bagged all three goals.

Anthony O’Connor also got on the scoresheet after he opened the scoring for Morecambe, while his teammate and fellow Irishman Shane McLoughlin set up their second. However Championship side Preston, with Joe Rafferty and Greg Cunningham both occupying the wing-back positions, went on to score two more and clinch a 4-2 victory.

Wycombe Wanderers had to rely on a 94th minute equalizer, assisted by Daryl Horgan, to take their tie with Stevenage Town to extra-time where they eventually won on penalties.

Tuesday also marked a special night for two young Irish prospects at the Cardiff City Stadium. Former Bray Wanderers man Andrew Moran and his Irish teammate and former Bohs striker Evan Ferguson both made their first team debut for Brighton in the EFL Cup. Moran (17) and Ferguson (16) were both called upon from the bench in the second-half in the 2-0 win over Cardiff. A fantastic achievement for both players!

In other Irish-related EFL Cup news, Andrew Omobamidele made his first start of the campaign while Adam Idah was a late substitute as Norwich City hammered Gavin Kilkenny’s Bournemouth 6-0.

There were also starts for Ryan Manning in a 4-1 win for Swansea and Conor Hourihane who captained Aston Villa to a 6-0 victory over Barrow. Both men have been called up to Stephen Kenny’s Ireland squad for the upcoming World Cup qualifiers. James Collin has also been called up and started up top for Cardiff while Ireland U-21 midfielder Louie Watson featured in midfield for Derby County as they were knocked out by Sheffield United.

On Wednesday evening there was also a debut for Nathan Collins at Burnley after his summer move from Stoke City. The centre-half came up against Newcastle United pair Ciaran Clark and Jeff Hendrick which ended in penalty shootout triumph for Burnley. Collins’ week got even better on Thursday afternoon when he received his first Ireland senior call-up.

From good news to bad news though… Callum Robinson was ruled out of West Brom’s squad for the heavy defeat at the hands of Arsenal. West Brom later announced that Robinson contracted COVID-19 and will therefore miss out on Ireland’s squad for the qualifiers.

Check out Stephen Kenny’s final draft for the Ireland squad below ahead of the upcoming World Cup qualifiers against Portugal, Azerbaijan and Serbia at the beginning of September.