Athlone’s play-off hopes all but over after sharing the spoils with the champions.

Irish Football Fan TV > Top stories > Athlone’s play-off hopes all but over after sharing the spoils with the champions. 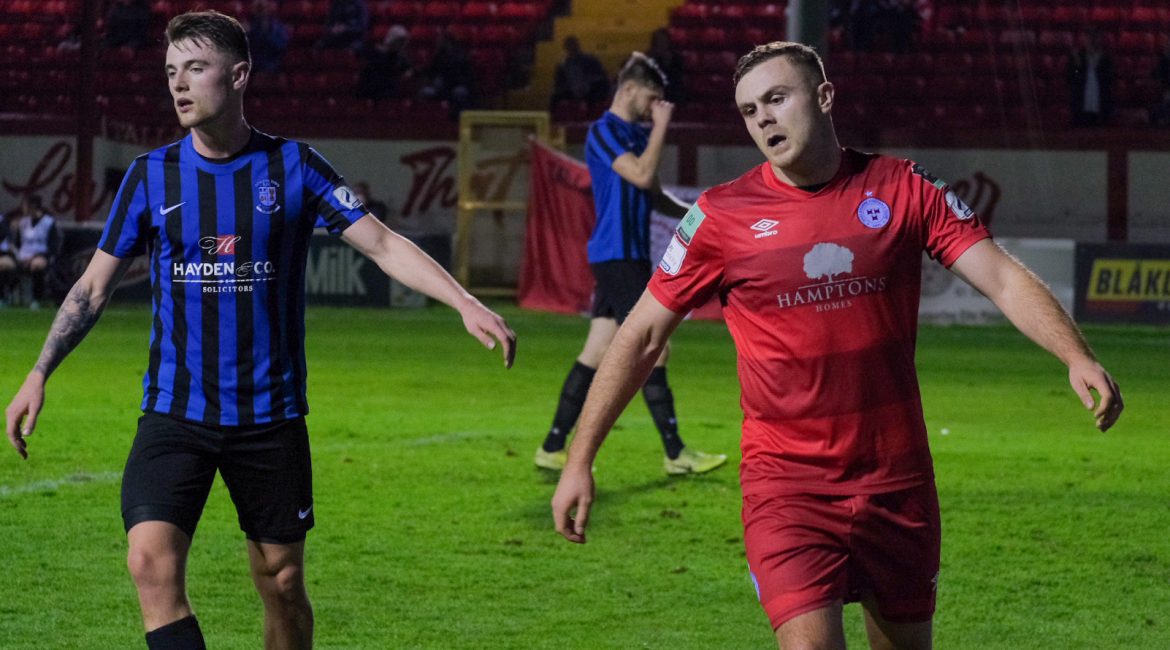 By Gerard Browne
Athlone Town’s slim play-off ambitions took a further dent as they drew 1-1 away to Shelbourne, a result that sees the recently crowned First Division champions maintain their unbeaten record at Tolka Park.

The home side took the lead in the 24th minute through Brian McManus, but eleven minutes later Stephen Meaney had the visitors back on level terms. This result leaves the Lissywollen club needing to win their two remaining games and hope Bray don’t collect any points from their last three outings.

There were no signs of any celebration hangover from the Drumcondra side, as they can out of the traps quickest. Yoyo Mahdy squandered two opportunities inside the opening ten minutes. The first attempt was one-one with Michael Schlingermann inside the box, but the striker was off target when aiming to find the far post.

The Athlone netminder was then at full stretch then to deny the ex-Ireland Under-21 international and tip behind for a corner.

Shelbourne continued to dominate and they got the reward their play deserved just past the midway mark of the half. A corner on the right from Kevin O’Connor made its way to the middle of the six-yard box. McManus glided through a host of bodies and made no mistake with a cooly side-footed finish.

This setback ignited life into the away side and they started to enjoy a spell of good play and forced a couple of corners. They struck gold with their first effort on target and tied up the contest ten minutes before the interval.

Glen McAuley whipped a cross in from the right. The hosts’ defence switched off and Meaney’s header left Brendan Clarke planted on his feet.

Within 60 seconds Schlingermann prevented The Reds from instantly regaining the upper hand, with a fine double save. Georgie Poynton from long-range found no way past the Mayo man before Shane Farrell was also out of luck.

A very slow beginning to the second period ultimately brought out an uneventful 45 minutes. Ian Morris was happy to roll out the replacements as Shels dropped off in energy levels. Substitute Gavin Molloy had their most promising moment in the 78 minutes. He gave Sclingermann some work to do, but the veteran keeper was never troubled.

The Midlanders were in far greater need of a maximum return but didn’t show any major urgency until the closing stages.

Goalscorer Meaney dragged a tame 25-yards strike well wide with five minutes remaining. As the clock ticked into additional time, Paul Doolin’s charges won a free kick on the edge of the box, dead straight in front of the goal. McAuley curled his set-piece past the wall but the ball just wouldn’t come back in for him.